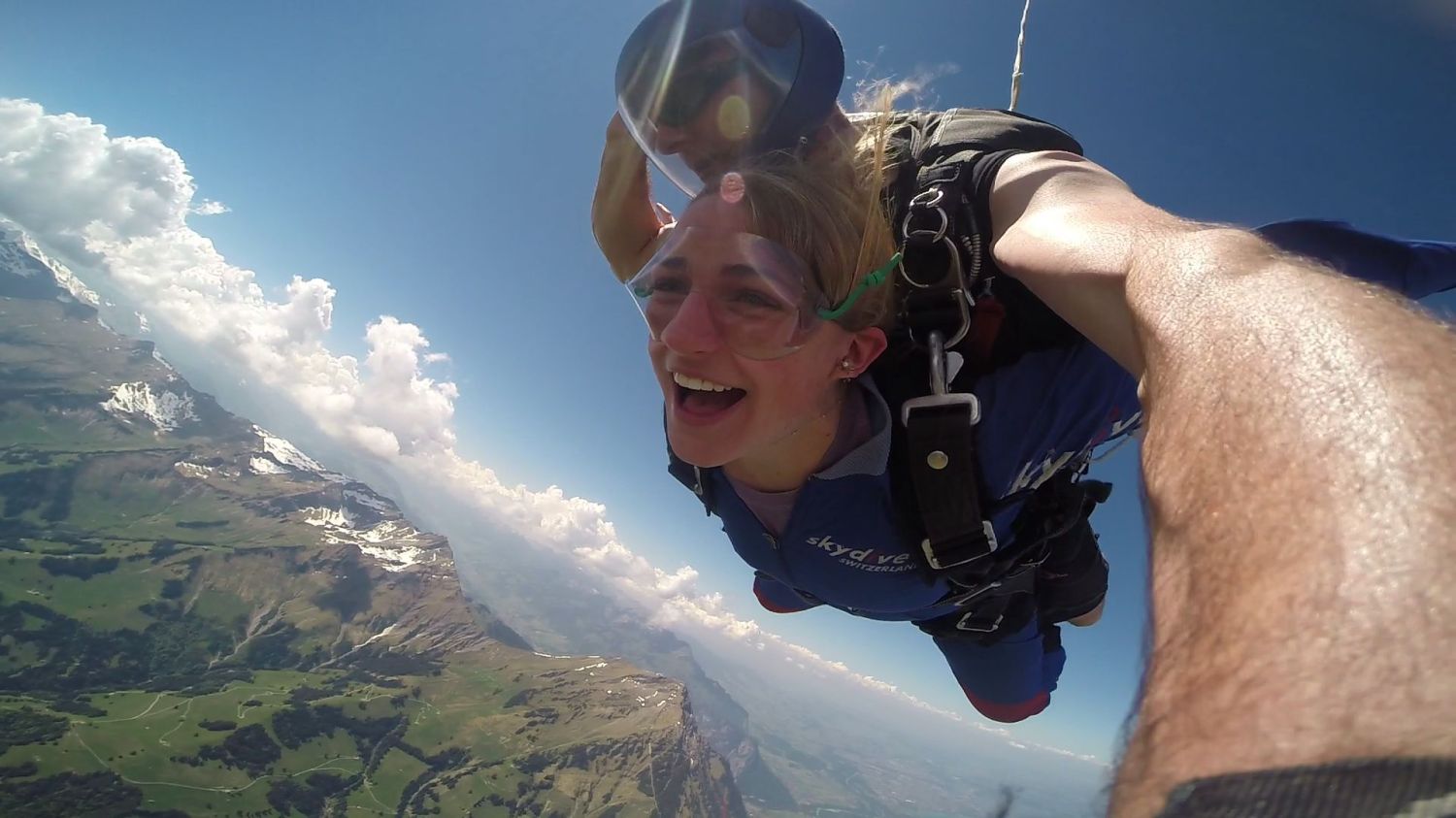 When I said that I would skydive, I was not being genuine. It was one of those things that I said and never actually had the intention to go through with. Skydiving was on my bucket list, but my vision of skydiving involved myself at a much older age with either my parents or my future family—not in Interlaken on my study abroad. I tend to plan far, far in advance and make sure all bumps are smooth before I do anything. I have always struggled with spontaneity, and I also tend to be overly safe. Deciding to skip paragliding and hang-gliding and going straight to skydiving was already out of character for me, but the snap decision was even more out of character. Skydiving in Interlaken was a once-in-a-lifetime opportunity. I just needed my parents’ approval.

To be completely honest, I wanted my parents to say that I could not skydive. I wanted them to make the decision for me. Instead, they told me that it was my decision to make. My Dad encouraged me to go through with it (which was the complete opposite of what I had expected him to say). In the end, I decided to reserve a spot to go skydiving the following day. Immediately after, I felt sick to my stomach, but I told myself that I was going to go through with it and that I was excited. I figured that if I repeatedly said that I was excited, I would eventually trick myself into thinking that I was actually excited.

When I woke up in the morning, I immediately felt nervous. I woke up extremely early considering I was not skydiving until noon. To pass the time, Kate and I went on a walk/run and I went shopping for souvenirs for my family members. When we got back to the hostel, I began organizing everything to distract myself. I folded all of my clothes in my bag and made my bed. Eventually, I had nothing else to do, so I decided to watch Interlaken skydiving videos which was probably the worst possible thing I could have done. I walked to Kate’s room, and we continued watching videos there. We started getting extremely nervous and anxious. Skydiving was definitely out of both of our comfort zones.

Three hours passed and it was time to board the tiny, terrifying propeller plane. Up until this point, Kate and I had been worried about what was about to happen. What were we doing? Why did we decide to do this? We both stayed pretty calm considering we were about to jump out of a plane. I do not think I could have done it without Kate. We kept each other calm and encouraged each other. We decided that we were going to be fine no matter what happened. The plane ride up to the jump point was never ending, and as altitude increased, I became more and more excited. At some point, I think Kate and I accepted our unavoidable fates because all nervousness disappeared. The doors opened and we jumped. I looked back just before I fell and yelled “I love you Kate” out of complete desperation.

It turns out that skydiving is absolutely amazing. It was not scary at all even though the buildup before the actual event was an emotional rollercoaster. The feeling of the forty-five second free-fall was indescribable. I felt totally free. Once I hit the ground, I felt safe again, but I wanted to go back to the free-fall. Kate and I ran to each other when she landed and hugged for a solid thirty seconds. We were on top of the world. We had literally fallen out of the sky together. Let me tell you, if you want to bond with someone for life, go skydiving with them.

Although the decision to go skydiving was last minute and out of character, I would never change it. I was spontaneous, and it was amazing. I wanted to step out of my comfort zone on CR, and after that, I feel like I definitely have. I am so glad that I did not take the safe path. I 10/10 recommend skydiving.