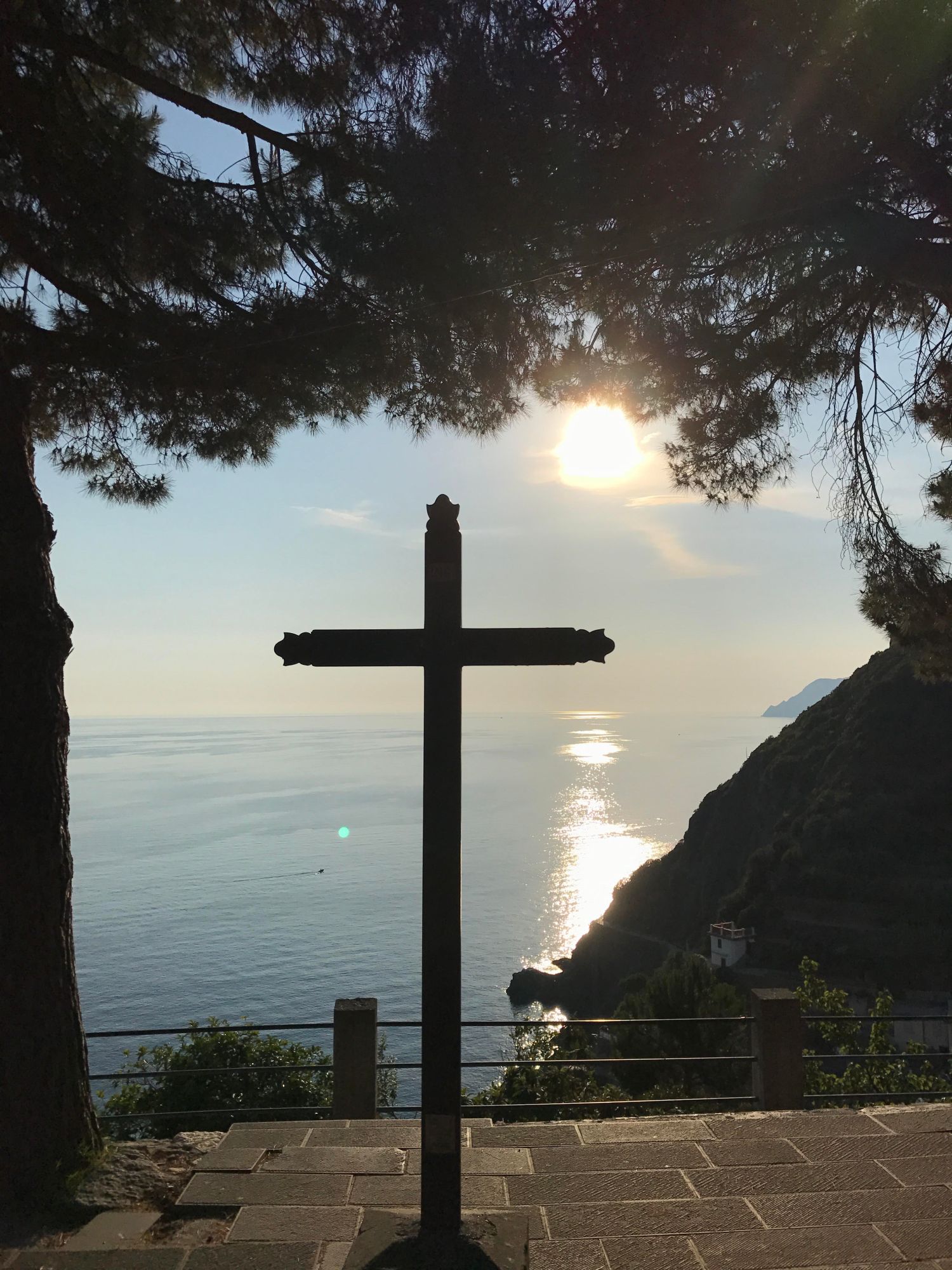 Greetings everybody! I am alive and well in Florence, Italy. Cultural Routes continues to offer new surprises around every corner. I have not only been physically challenged by trekking countless miles every day, but I have been mentally challenged to the max. New perspectives, angles, and lenses have been revealed to me at every site, memorial, and museum. One of these new perspectives that I did not foresee coming was the perspective that I have gained because of my faith as a Christian.

This past year I have grown substantially in my faith. Because of this growth, I have been able to learn quite a bit more about the book and God I believe in. My hope for this blog post is to explain a small part of what I have experienced as a Christian walking through a primarily secular country.

Today was our first day in Florence. My group’s first activity on the list was to go to the Galleria dell’Accademia which is an art museum that is best known for housing the sculpture of David by Michelangelo. As I walked through this art museum and got to experience the magnificence of the David, I was also able to take in some beautiful art as well.

Because I am not an art expert and was not able to understand the deeper significance to many of these paintings, it forced me to interpret these masterpieces through my own eyes. A majority of these paintings were not only inspired by Christianity but many depicted Jesus Christ dying on the cross.

As I continued to walk through these exhibits, it was tough to witness. One after another of these paintings showed Jesus dying a brutal death on the cross. None of them possessed any hope, joy, or happiness. They were mostly dark oil paintings that showed nothing but pain and sorrow. Literally, one of the paintings was called “Christ as the Man of Sorrows”.

As a Christian, this display was very confusing. Even at a young age, I was taught that the death of Jesus was not the end but rather than beginning of Christianity through His resurrection. Of course, as a Christian, you feel sadness because of the death of Jesus, yet you understand that on the third day He rose again. These paintings however were telling a complete different story. It made me ask if I was even reading the same Bible as these artists. It is hard to understand what the purpose was with painting primarily this one picture. Even from a nonreligious standpoint, as an artist I would probably prefer to paint a happy picture rather than a painting with the theme being death.

Something that came to mind as I walked through the Accademia was how I would react if I was nonreligious and walked through this art exhibit. I would think that the story ends at the death of Jesus and nothing else. I would think Christianity would be a story of sadness and pain. There were even churches we walked through that had more visuals whether it was a stained glass windows of Christ on the cross or even actual sculpture of His death. Churches are supposed to be a place of sanctuary and peace, yet all I saw was heartache and death. I jokingly turned to Chandler while walking through the Academia and said that I would title this exhibit “The Gospel: A Story of Tragedy”. While I was joking, there is a sense of truth to this description as you walked the halls lined with the crucifixion.

With churches and art exhibits like this seemingly being the voice of Christianity in Europe, it is easy to understand why Europeans are secular. Your faith in general whether it is Christianity or not should give you joy and a sense of satisfaction. Why would you seek to follow a religion that from this art exhibit depicts a tragic story with no redeeming qualities?

At the end of the day, it is interesting to see how faith is different across the United States and Europe. Christianity in the States has increasingly moved towards more outgoing and outward passion. On the other end, Europe just seems dark and deserted when it comes to any and all religions. I look forward to asking more questions and seeking to understand where this secular mindset is derived from.