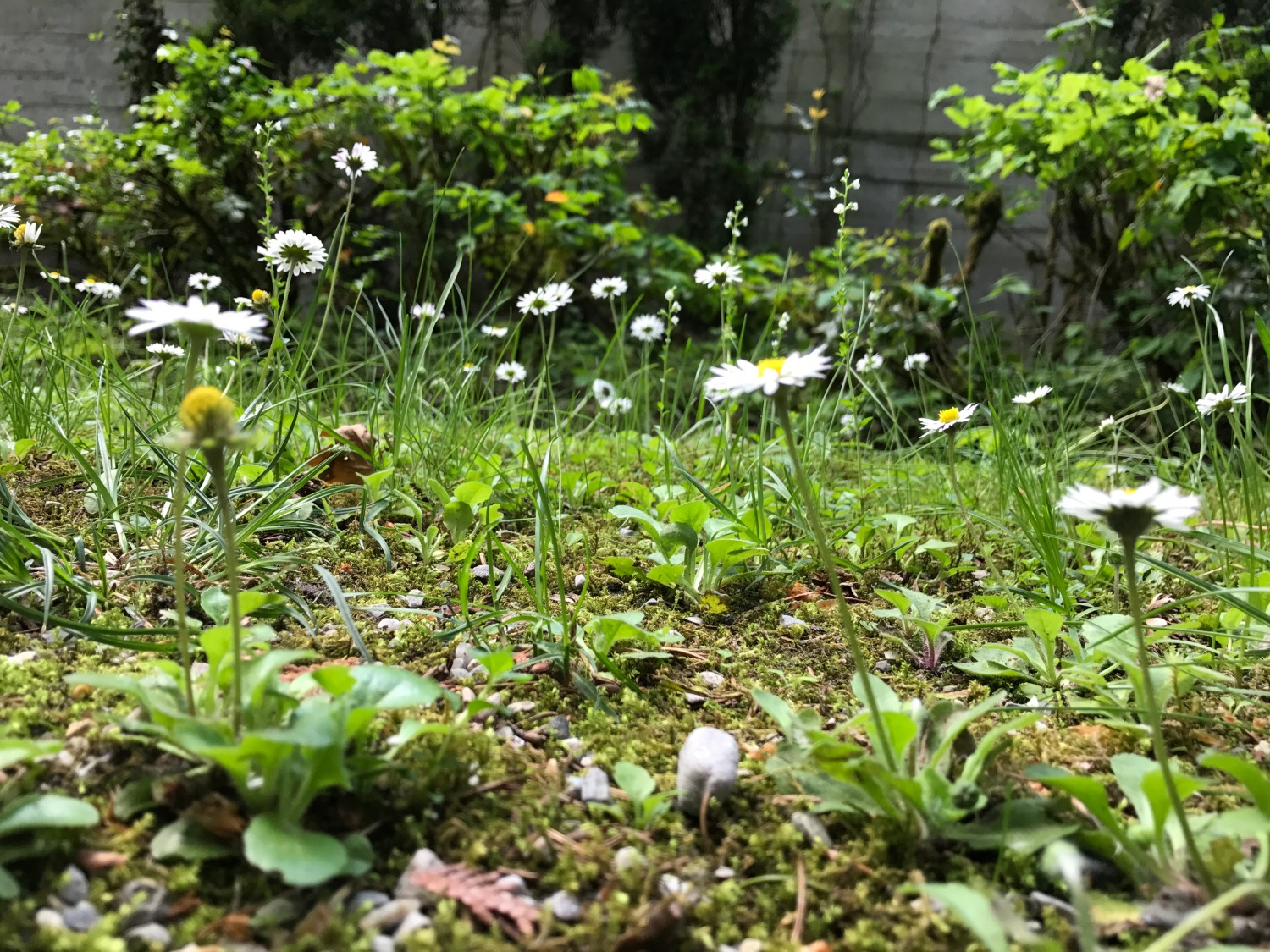 The above photo was taken at the “Execution Range and Blood Ditch” of the Dachau Concentration Camp. Though my heart was heavy and my mood quite somber, I was contemplating how truly beautiful the nature around me appeared. How could plants grow in such an emotionally devastated land of human desolation?

I was reminded that biochemists, like all people, feel.

There is a strange cyclical pattern of life and death in nature. Beneath the ground and on the surface, there are millions of little decomposing organisms, such as bacteria and fungi, whose role in the ecosystem is to break down dead organic matter that it may be returned to the environment for further use as growth material.

You’ll notice in the picture that there are some low lying light green plants called bryophytes, or mosses, covering the ground. They are surrounded by the taller angiosperms: grasses and flowers.

Some organisms break down death, others use light to make life.

Then, there are the very unique organisms that do both. In the picture below, you’ll notice a sparsely distributed white crust in some patches of the rock. These are lichen (crustose lichen to be exact).

Lichen are the combination of a fungus and an algae. A fungus, as mentioned previously, breaks down dead matter, and an algae utilizes light to perform photosynthesis. Neither can survive on the barren surface of a rock or memorial stone, but together, they can. A fungus needs energy from the algae’s photosynthesis to stay alive, in exchange, it processes atmospheric molecules and dead organic compounds to provide moisture for the algae.

At a place like Dachau, life and death are the focuses of attention as you hear the stories of those who survived, and those who tragically did not.

We are lichen. We work to break down the past, understand it, feel it. We also grow and create life from that past. To only decompose and focus on the past is possible, but it doesn’t maximize one’s growth. To only photosynthesize and focus on the future ignores the past and all it has to offer. Effective growth is a combination of learning from the past and using it to grow towards the future, as an individual and a global society. From pain comes growth, from the last comes the future.

How do plants grow in a place of death? Life is resilient.