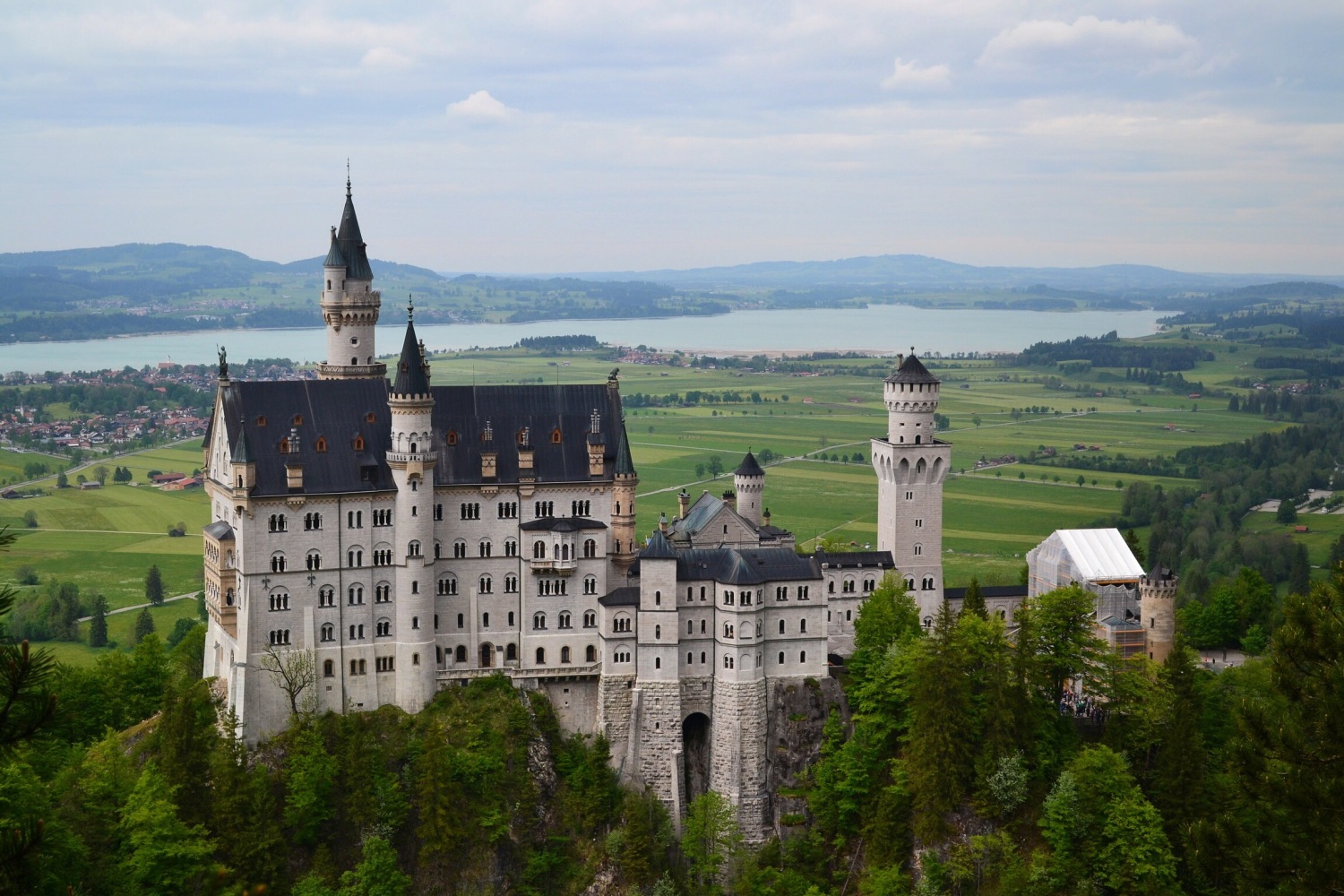 For those who know me, you know I’m a little bit of a Disney buff. Now, I would bet that nearly everyone reading this has seen at least one Disney film in their life. We’re all familiar with the Disney intro at the opening of each production (that seals the deal that you’re about to watch a mind-blowingly spectacular movie). The sparkling speck of Tinker Bell soars up and over the trademark Cinderella castle, and then, the magic begins.
Today, CR9 ventured to the site that inspired that trademark castle–Neuschwanstein. You don’t need to question–I was stoked. Ever since discovering two days ago that we would be visiting this 19th century castle, I have been itching for this day to arrive, and now I know that I had good reason to do so.

We awoke around 6am to catch our train to Nüssen. Groggily, some of us went on a sunrise Starbucks run to keep us going despite the few hours of sleep we got the night before. Unfortunately, we then found out that our train had been cancelled, and we would have to wait for the next one to leave over an hour later. Although we lost a potential hour more of sleep and a nice hotel breakfast, no one had a complaint because we knew that nothing, not even the chilly 55° wind blowing against us on the platform, could deter this day from being a success.

Two hours after boarding the train, we arrived at a quaint village tucked into the Alps. Even without the colossal castles in sight, our jaws might as well have been hanging all the way to the ground as we walked through the beautiful scene.

First, we visited Hohenschwangau, the hunting cottage of King Maximilian. (Just a disclaimer: that “cottage” was anything but a cottage.) Equipped with secret doors, knights’ armor, and even a cake from the 1800s, this castle conveyed prestige and nobility among this region of Bavaria.

King Maximilian’s story really gets interesting when his children arrive to the scene. Ludwig and Otto, portrayed in paintings and busts throughout the building, are heirs to the throne. However, as a child, the younger Otto was diagnosed as mentally ill, rendering him unfit to assume the throne should the opportunity arise. When Maximilian passed away, Mad King Ludwig took over as the big man in charge and decided to make quite a few changes around town. Apparently not satisfied with the current luxuries of Hohenschwangau, Ludwig oversaw the construction of three other castles, the most iconic being Neuschwanstein. The project had been underway for 17 years when Ludwig died of mysterious causes. Every Bavarian has his own hypothesis of how exactly Ludwig’s final hours ensued. What is known is that multiple doctors deemed him mentally ill (although the credibility of those rulings is debatable). Later, the bodies of both Ludwig and one of the doctors, who he was close with, were found in a lake nearby. Ludwig was 41 years old.

At the time of his death, construction on Neuschwanstein abruptly came to a halt. Only about 1/3 of the building saw completion, but the portions that did are breathtaking. Hohenschwangau was incredible, but Neuschwanstein honestly made it look like a guest house. The third of the interior of the new castle was more elaborate and ornate than anything I have ever seen. The woodwork in King Ludwig’s bedroom took four years alone. Next door to the bedroom is an artificial cavern that leads to a balcony overlooking the vast fields and towering mountains. Needless to say, the castle is magnificent.

After exiting the enchantment of Neuschwanstein, we hiked up the mountains surrounding the castle. Wrapped in the colossal, snow-covered peaks of Bavaria, we could see a bird’s eye view of both castles. If you are ever curious at what beauty looks like, go visit the precipice of the mountain behind Neuschwanstein.

After experiencing the magic of Neuschwanstein, I’m not surprised at all that the designers of Disney decided to make it such an immense part of the magic of Disney. With the beauty, history, and aura of Bavaria, today was one of the best days of my life. Why yes, this really is where dreams come true. 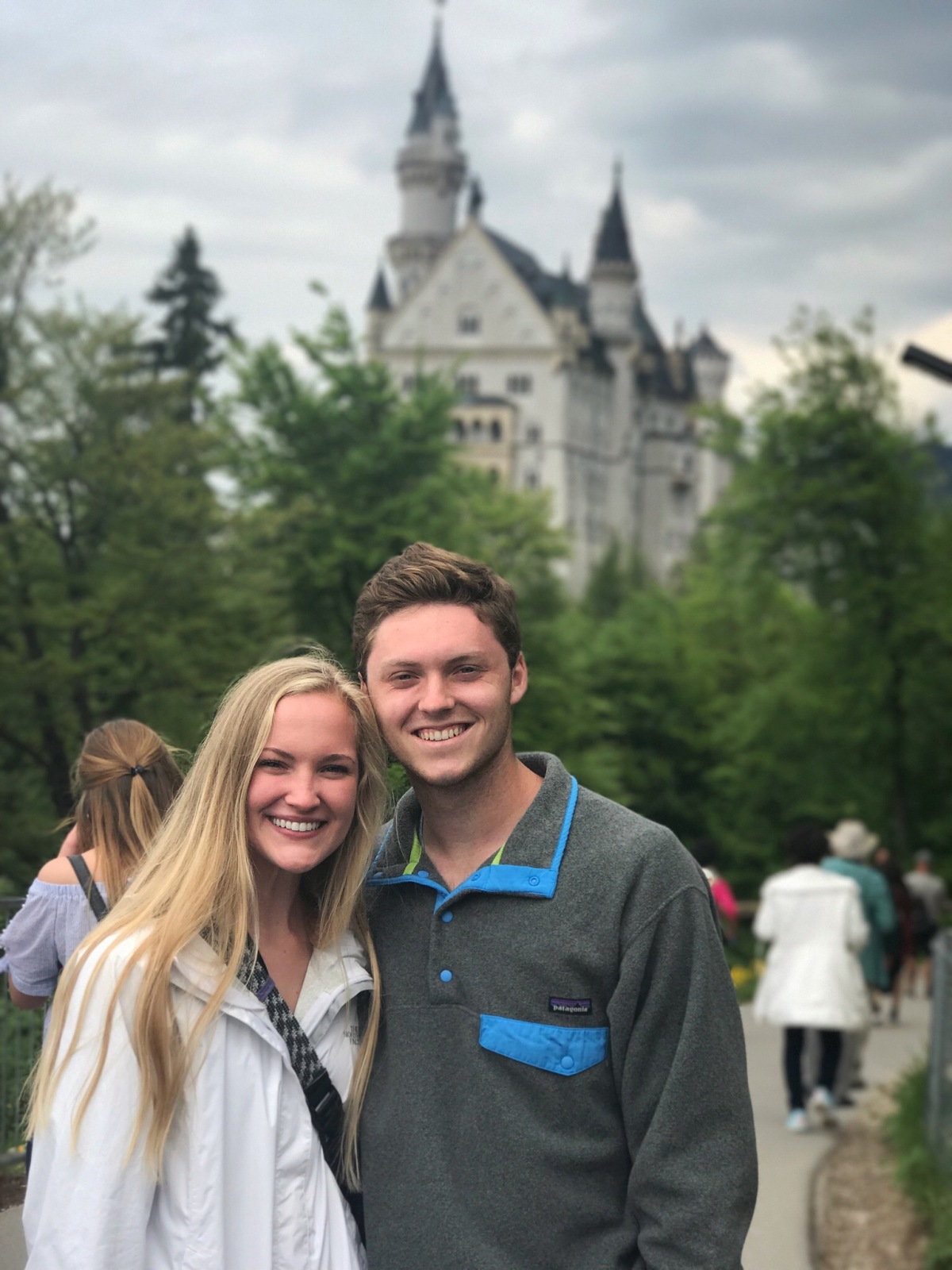 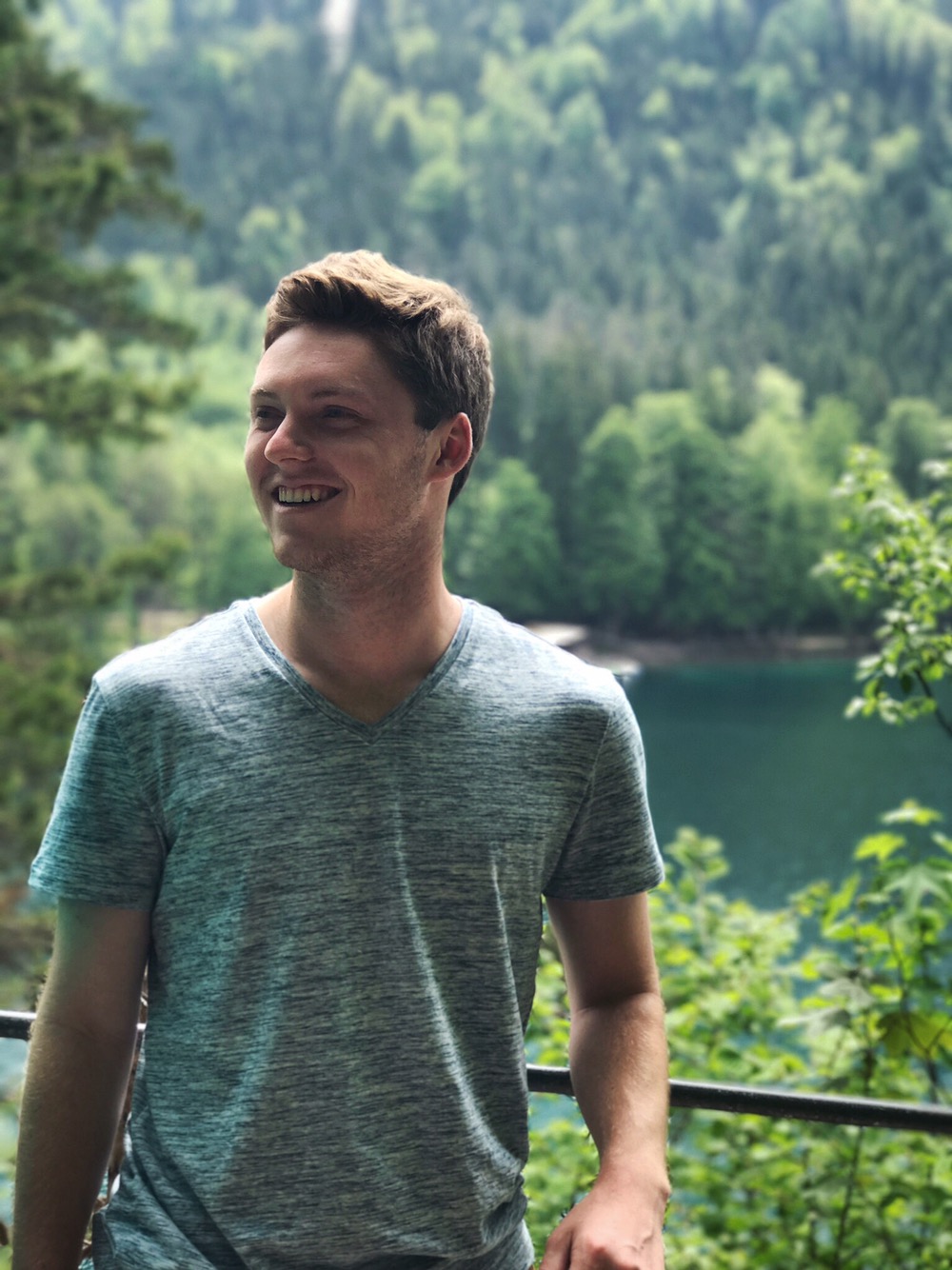 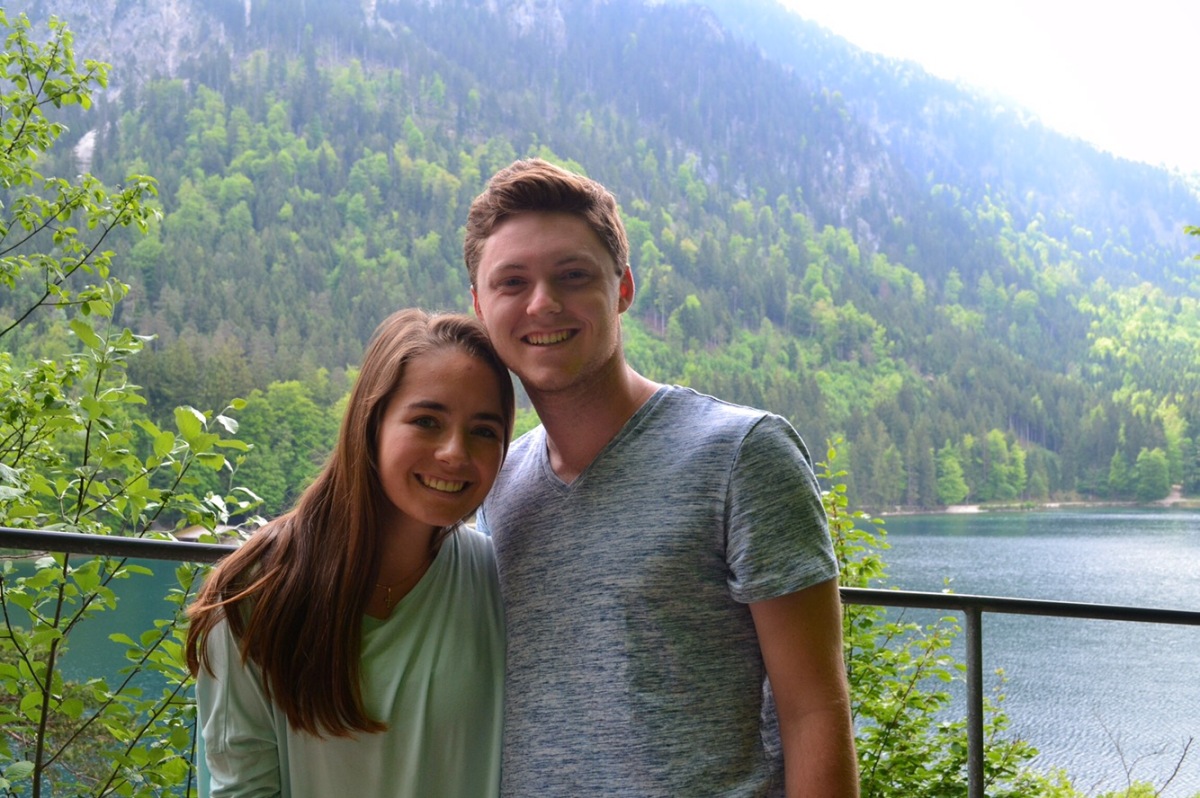