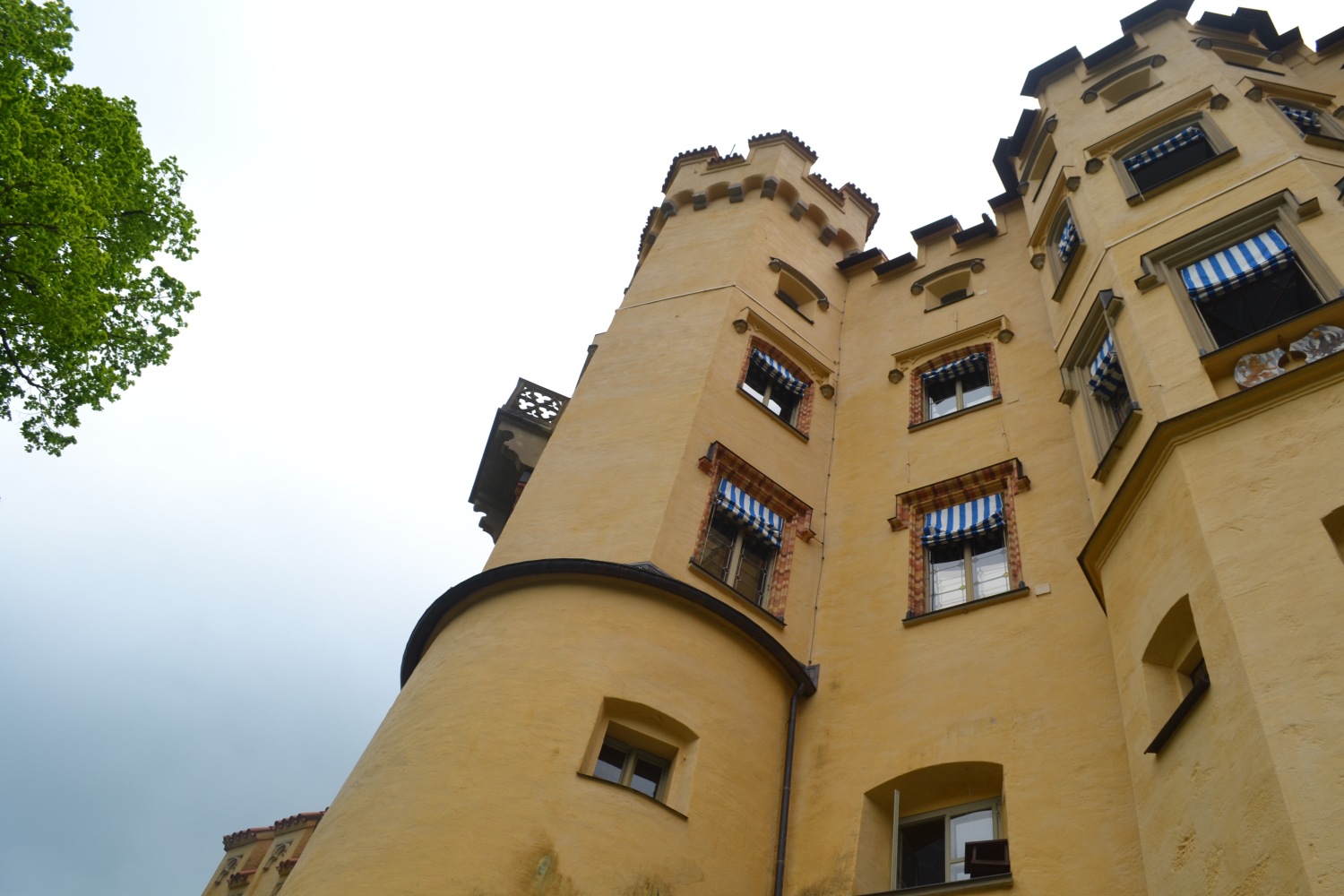 Today we visited the Hohenschwangau and Neushwanstein castles in Füssen, Germany, about a 2 hour train ride out side of Munich. After an early 5am wake up call, a two hour train ride, a long hike to the top of the most beautiful mountains, and a tour of two German castles, this day has blown me away! This day was so jam packed with joy and excitement but also a lot of learning. The most interesting thing I learned about today was the Hohenschwangau Castle.
The Hohenschwangau Castle was build in the early 1800s and King Maximilian and his family were the first to live in it. The castle served as the royal family’s summer hunting cottage. It is tucked away in the mountains of Füssen and has a view of the Neushwanstein castle as well. Throughout the building process the castle was built and destroyed constantly due to the king and queen constantly changing their minds about what they wanted.

The interior of the castle is extravagant. The cottage embraces romantic era artwork and gives the entire castle an endearing and enchanting ora. Each floor is designated to one individual and each room centers around a specific theme. The first floor is for the queen, the second floor is for the king, and the children live on the third floor and in a separate wing. There are secret passageways throughout the entire castle. Small little hidden doors are in many of the rooms which allowed the castle’s servants to easily enter each room to fuel the heating system with wood. Soon after electricity was implemented in the castle, a doorbell system was also installed which allowed the residence of the castle to summon servants quicker and more efficiently. In addition there is a secret staircase connecting the queen’s room to the king’s room to ensure they always get their “goodnight kiss”.

King Ludwig, Maximilian’s son lived in the castle next during the mid 1800’s. Ludwig, also known as Mad King Ludwig, never married after he broke off an engagement with a woman just two days before the wedding and, therefore, never had a queen living there with him. The only change Ludwig made to the castle when he moved in was adding a starry sky in his room. He had servants put crystals on his ceiling with tubes connected from the crystals to the next floor up and every night Ludwig’s servants would will the tubes with lights to make the stars shine. Ludwig, who was controversial in many areas, was diagnosed with a mental health disorder by four doctors, three of which had not seen him in three years. The diagnosis was clearly questionable. The death of Ludwig is surrounded by conspiracies. He and his doctor were found dead in a nearby river shortly after his diagnosis. Many questioned whether or not he was murdered or died of unfortunate and unexpected natural causes. The cause of death was never publicly released.

I was so fascinated and intrigued by the Hohenchwangau Castle because of the breathtaking architecture and undeniable beauty, but the primary reason is because I could imagine the lives of the people living there. One room specifically stood out to me. The queen’s tea room was located I the corner of her floor overlooking the unbelievable country side. I could vividly imagine a woman sitting in that particular room drinking tea and admiring the view. I loved the reality of this castle. It was not some dark, gothic massively ginormous castle with a view. The Hohenchwangau castle told a story and painted the picture of the life that the residence lived there. After leaving I felt like I better understood both the simplicity and overwhelming reality of royal life.

This understanding has been a common theme for me in Munich. The Residence, the full time home of the royal families, took my breath away every moment I was there. I could envision what it would have been like to be a kid running through the hallways of the palace. I could imagine the parties that were throw and the balls that were danced. The artwork told a story that I could have easily and happily read for hours. The streets of Munich are comfortable and quaint. The people are confident and proud. I have been very pleasantly surprised by Munich.

After touring the two beautiful castles, we hiked a long train up the mountain to a view that is incomparable to any other view you can imagine. The climb down was a little sketchy but we all worked together to get down safely. Then we all made our way down the mountain to catch our long train back to Munich. On the way down Dr. P ran ahead of all of us and when we caught up to him he had bought us all delicious donuts. We then proceeded to run down half the mountain to catch a bus.

Visiting the two castles today reminded me how lucky I am to be here in Germany, on CR9, with 16 incredible friends, and two amazing mentors. It is difficult to put into words how amazing and impressive the castles and the views were today just as it is difficult to explain why this trip is the same way. I could not stop smiling this entire day. Even after the 5am wake up call, the delayed train, the long hike, the run down, and the sore feet I will never forget this day. I don’t think I will ever get to experience Europe in this type of environment ever again. Munich, and specifically today, has been incredible so far. It’ll be hard to beat, but even so I am optimistic for what the future holds. I am so lucky to be here can’t wait for what lies ahead. 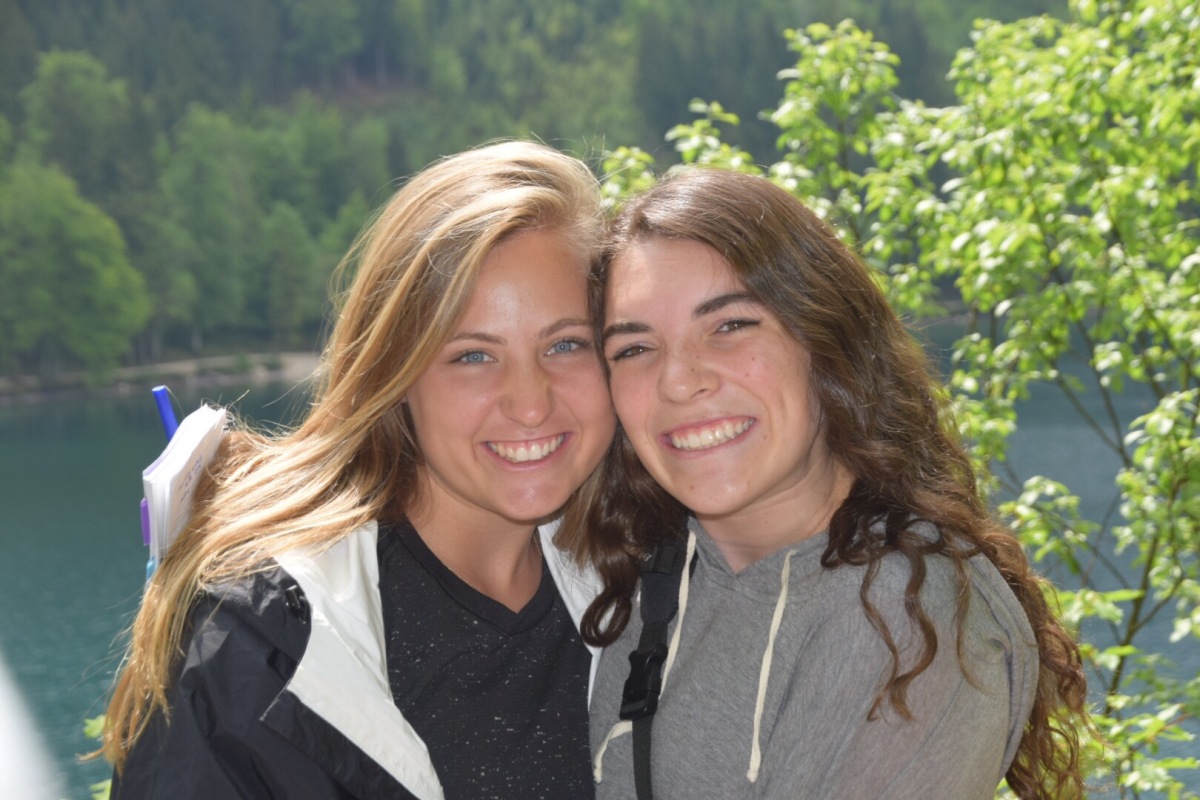 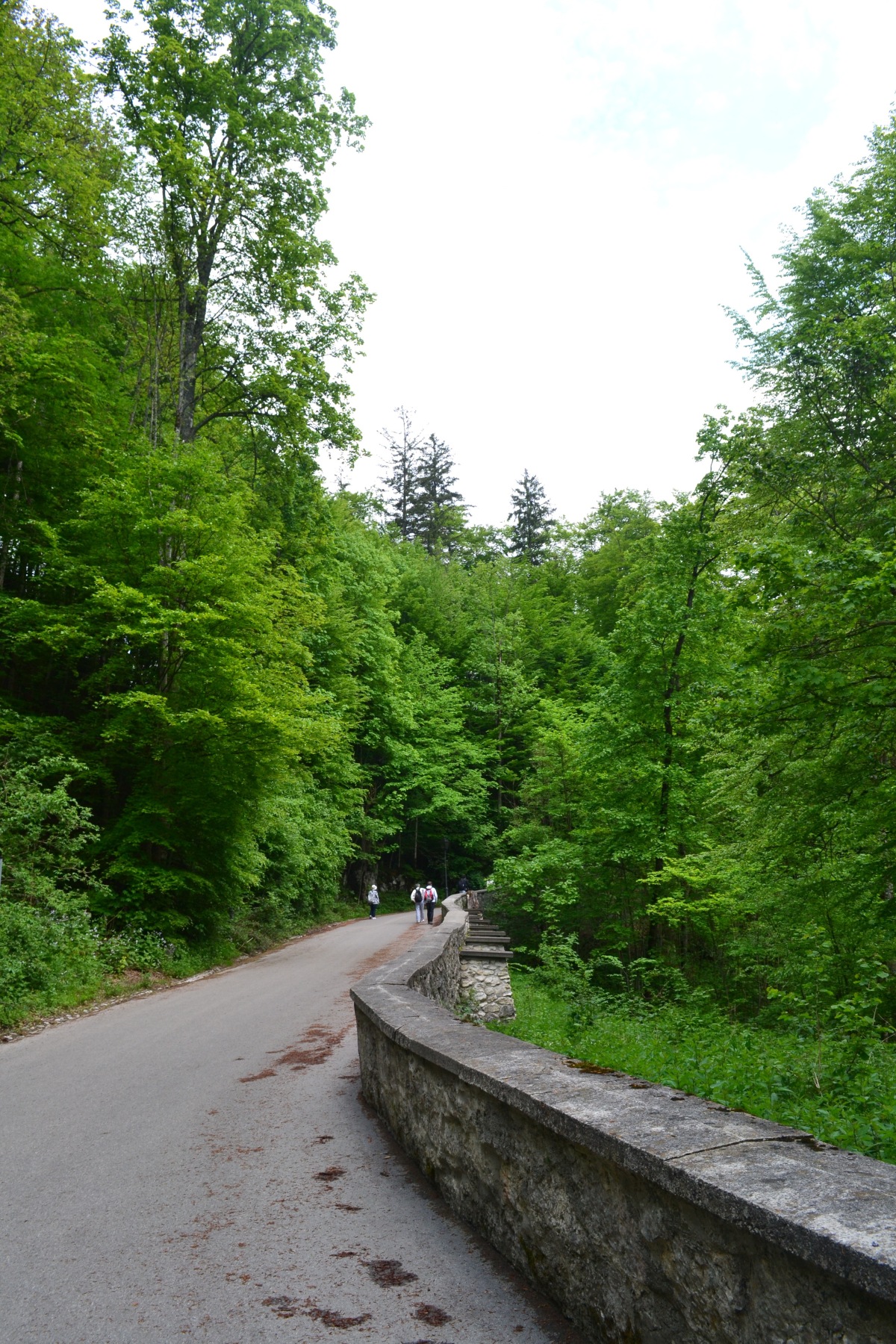 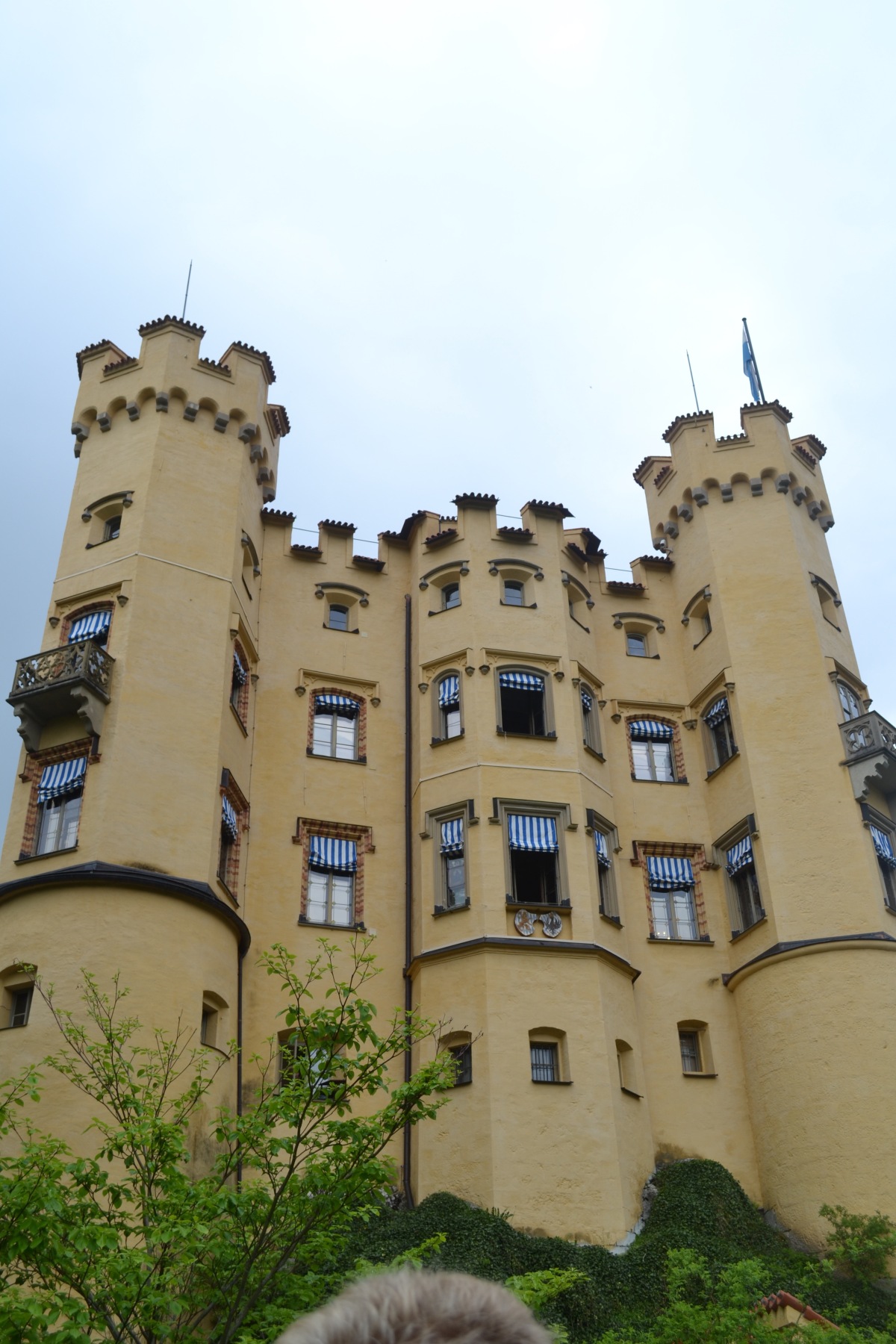 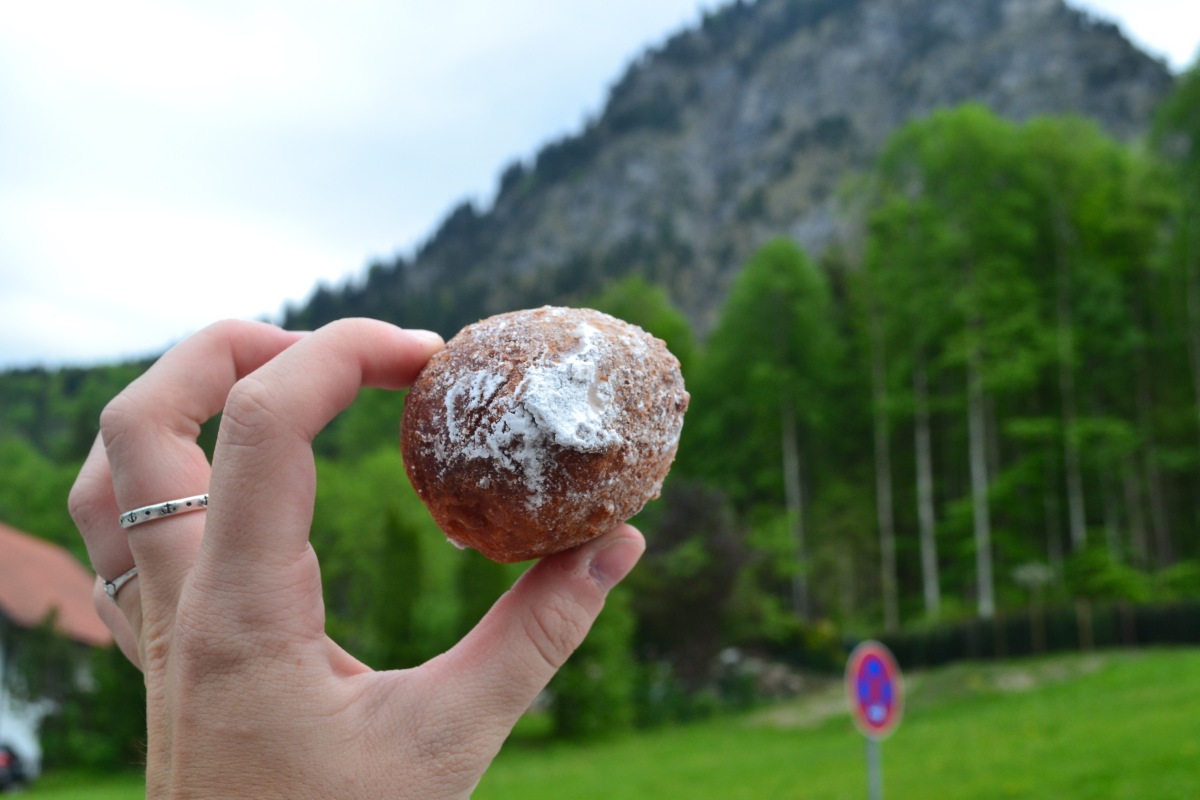 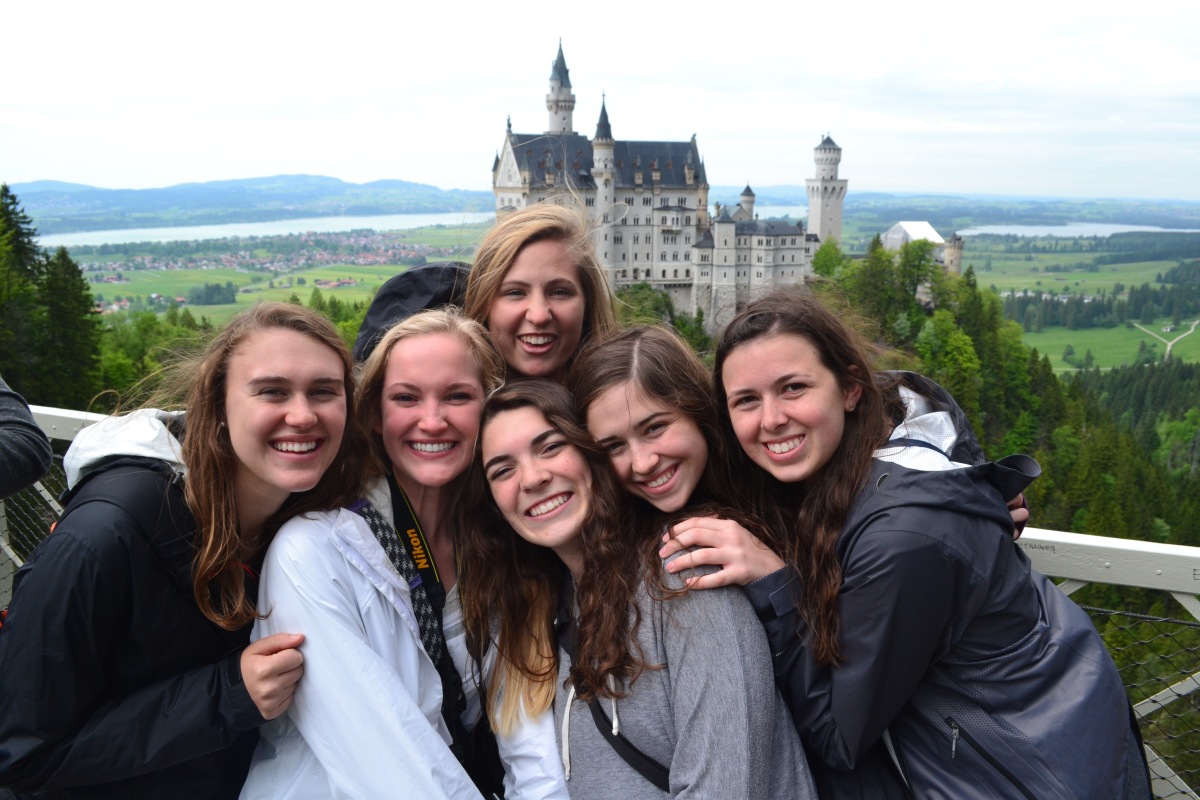