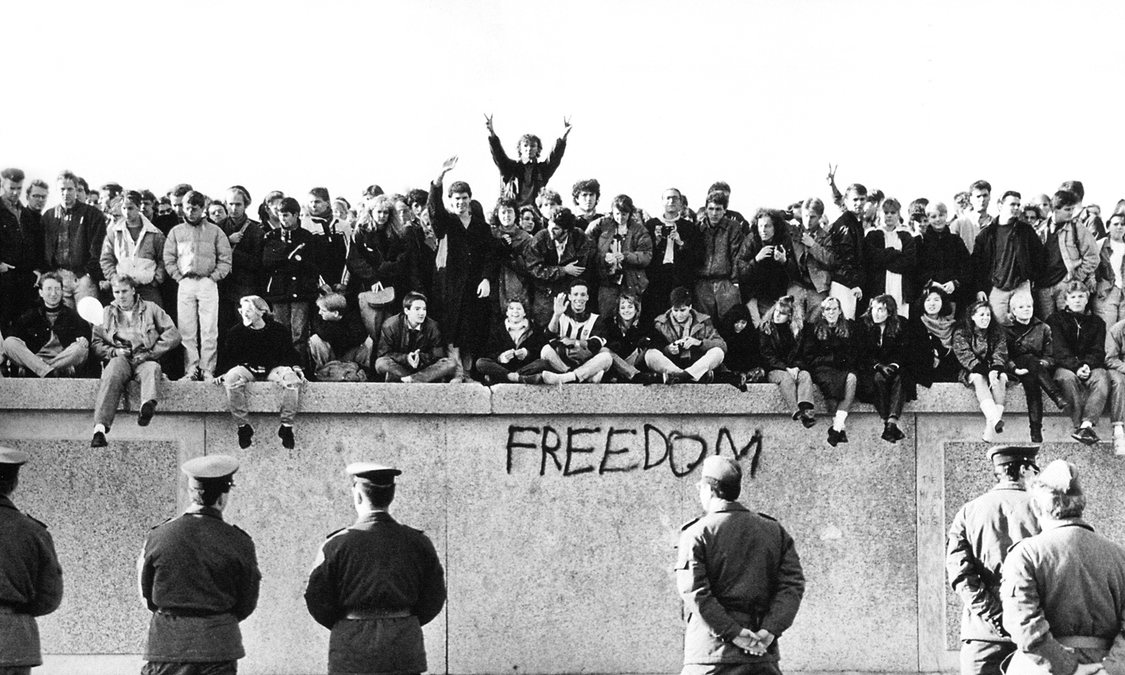 Cultural Routes 9. What once felt like a distant fantasy is now very much turning into a near reality. As I continue to write these blogs, it is hard not to get caught up in the aura and excitement that surrounds CR. The blogs have been a great reminder of not only how soon this trip is but also how fascinating cities like Berlin are still to this day.

When I picked the Berlin cookie, I was excited to learn that this was the city that I would write about. As I started to think about the city, oddly enough, what came to mind was a video that my AP European History teacher, Mr. Breedlove, showed our class one day. The video was of David Hasselhoff in a light up jacket with a piano scarf belting out his song “Looking for Freedom” to thousands of Germans as he ascends on a rising crane in the city of Berlin the night that the Berlin Wall fell in 1989. (Here is the link to this incredible video à https://youtu.be/SNpCn0nAlR0 )

As ridiculousness as this image might seem, the video is actually pretty powerful. You see raw emotion and passionate patriotism from the newly unified East and West Berliners on the night the Wall fell. As I continued to watch Hasselhoff show off his exclusively European famous pipes, it forced me to ponder whether the city had still retained any of its division as a result of the Berlin wall. Does East and West Berlin suffer today from a seemingly invisible wall that divides the two halves of the city?

From the video, the excitement and patriotism from the crowd would indicate that East and West Berlin had unified that night. Though, I would argue that intense moments of patriotism do not imply unity. It is easy for a country to belt out the National Anthem in prideful unison after one of their own wins an Olympic Gold Medal. It is not so easy to maintain that same level of pride and unity within a country over a period of time.

Even though I dislike the idea of having preconceived notions before arriving to a country or city, I find it hard to imagine that there wouldn’t be any evident division within the city of Berlin. The Wall separated this city for twenty-five years. To me, it seems naïve not to believe that there would naturally be some residual effect from such a longstanding segregation. After doing research on the city itself, my belief was confirmed. I discovered that there is actually quite a bit of division that has retained since the fall of the Wall. Anything from something as simple as the color of the street lights to the differing poverty levels has created stark differences between East and West Berlin.

In 2014, the Washington Post published an article discussing how although it had been 25 years, Berlin is still divided. The article continues to detail the varying differences between the two halves of the city. The main point is that West Berlin has seemingly thrived since the end of communism while East Berlin has had the opposite experience with high levels of unemployment and a suffering economy. It is easy to point to the Berlin Wall being the direct cause of the continued division, but this is only partially true. The root of the issue goes a bit deeper.

After fully comprehending my research, I believe the cause of this continued division to be a result of East Berlin’s economy being suffocated by capitalism after the Berlin Wall fell. Because East Berlin was cut off from the rest of Western culture during the days of the Berlin Wall, it could not prepare and slowly ease itself into capitalism when the Wall eventually fell. When East Berlin was suddenly exposed to capitalism, its businesses and markets simply couldn’t compete. This created lasting economic turmoil that had led to continued unemployment, poverty, and extreme political differences The ramifications can be felt today. We still see some success of the right-wing extremist party in East Berlin, and there is a presence of neo-Nazi sympathizers. While this might seem shocking, it is derived from the frustration towards capitalism and its crushing competitive nature that destroyed East Berliners way of life after the Berlin Wall fell.

All-in-all, I am interested to see if these statistical differences can be visibly seen in the cultural and around the city. I look forward to having these conversations with the Germans living in East and West Berlin to examine if actual division that the Wall once created still exists today.